There are many types of Brazilian food, and one of the most popular is Feijoada. Read on to learn about other Brazilian cuisines, including Mandioca frita, Romeo e Juliet, and Pao de queijo. Then, come back for more information on these dishes. After reading this article, you should be able to enjoy Brazilian food at home! Then, try to make your own by trying the recipes described in this article.

Feijoada is the most famous of all Brazilian dishes

The feijoada recipe dates back to the 16th century and was created by slaves using leftover pork and beans. The meat, which was considered a delicacy by slave owners, was added to make the stew. Eventually, feudal plantation owners adopted the recipe, adding meat to it. Because it is easy to prepare and can be made in large quantities, the feijoada recipe spread all over Brazil.

Mandioca frita is a Brazilian snack

Mandioca, otherwise known as cassava root, is a popular Brazilian food. It was the main staple of the natives at the time of its discovery. In Brazil, mandioca is available in a variety of forms. You can find it in many forms in Brazilian cuisine, including pacoca, carima, mingau, beiju, and tucupi.

A classic Brazilian appetizer, Romeu e Julieta is a delicious treat made from cheese and guava paste. The name of the dish comes from Shakespeare’s Romeo and Juliet, and the dish originated during colonial times in Minas Gerais. Portuguese people began to make cheese in the colony, so they substituted guava for the quince used to make quince paste. Thus, the cheese in Romeu e Julieta represents the guava paste in the recipe, while the guava paste in Juliet e Juliette means the pairing of the two.

Pao de queijo is a bread

This gluten-free Brazilian bread is often served as a snack or breakfast. You can buy pre-made mix for pao de queijo in most grocery stores or make it from scratch with your own ingredients. If you can’t make them at home, there are some bakeries that offer them stuffed with goiabada, dulce de leche, or other fillings. Pao de queijo is a delicious and easy-to-make bread. The elasticity of the starch paste makes it a perfect vehicle for fillings and flavors.

Carne de sol is a staple of northeastern Brazil

The meat in carne de sol comes from the hot interior of Brazil. Typically, it’s made with beef, but goat meat is also used. It is typically cooked for two to four days under a canopy. The meat is seasoned and skewed and then grilled over an ember. In this way, the meat acquires the distinctive saltiness. When paired with rice and onions, it becomes a hearty and filling meal.

Tacaca is a root vegetable

This numbing soup is a staple of Amazonian cuisine. It is traditionally made with tucupi, a starch extracted from manioc, chicory, and dried shrimp. The soup is traditionally served hot on hot days. Tacaca is an iconic dish in northern Brazil. Despite its unique ingredients and preparation, it can be enjoyed by almost anyone. It is a unique way to try the traditional Brazilian food.

Paste is a Brazilian food

A popular snack in Brazil, pastels are deep-fried pastries that contain a savoury or sweet filling. Paste has an Asian origin, and was brought to Brazil by Japanese immigrants who were looking for work. Thousands of immigrants came to Brazil in search of work in the coffee industry, and many sold fried wontons to passing pedestrians. Today, pastels are widely available at Brazilian restaurants and street markets.

Although paste is a vegetarian ingredient, the fillings in most pastels are not. In fact, some of the most popular Brazilian foods are meat-based. Paste is often made with eggs, but the cheese pastels, which are the most popular, are entirely vegetarian. If you prefer cheese-based dishes, you can order Pao de Queijo, a small bread ball stuffed with cheese. It is often served for breakfast or as a snack. 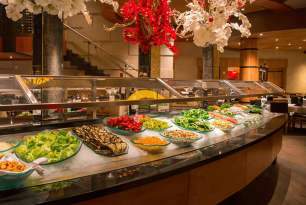 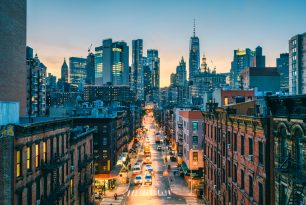 Planning a Party With a Party Bus Rental

Get In Touch With Us Here